First off, let me be the first to say I am an avid member of Bachelor Nation. It is rare that I miss a season, from the Bachelor to the Bachelorette. I even watch Bachelor In Paradise. The love, sex, cheesy comedy, and most of all, the DRAMA keeps me coming back each season. I have no shame!

Now if you are not a Bachelor fan, let me enlighten you. The show picks a Bachelor to date a number of women (usually around 30!) over the span of only a few months with the goal to fall in love and end in a proposal. Read that again…he dates 30 women in 2 months and is expected to be ready to get married! It is truly enticing..and completely unconventional. This type of environment obviously sets the stage for rushed relationships, rash decisions, and strained interactions. Despite this being The Bachelor “norm”, there is something different about this season. (Pilot) Peter’s relationships seem more “off” than usual. I might go as far as to say Peter’s relationships are demonstrating some emotionally toxic dynamics, and it has nothing to do with how many times they all use the word “like”.

Emotionally toxic relationships, or rather relationships that are emotionally harmful and unhealthy, can be fueled by many different reasons. These reasons can include poor communication skills, unhealthy attachment styles, insecurities, co-dependency, and more. Now don’t get me wrong, The Bachelor is clearly not a poster show for healthy relationships or an educational platform to learn your relationship how-to’s from, but such a popular show reaches A LOT of people. With so many people reached, it is only fair to assume that SOMEONE out there is getting the wrong idea and forming a skewed perception of what a relationship can or should look like. 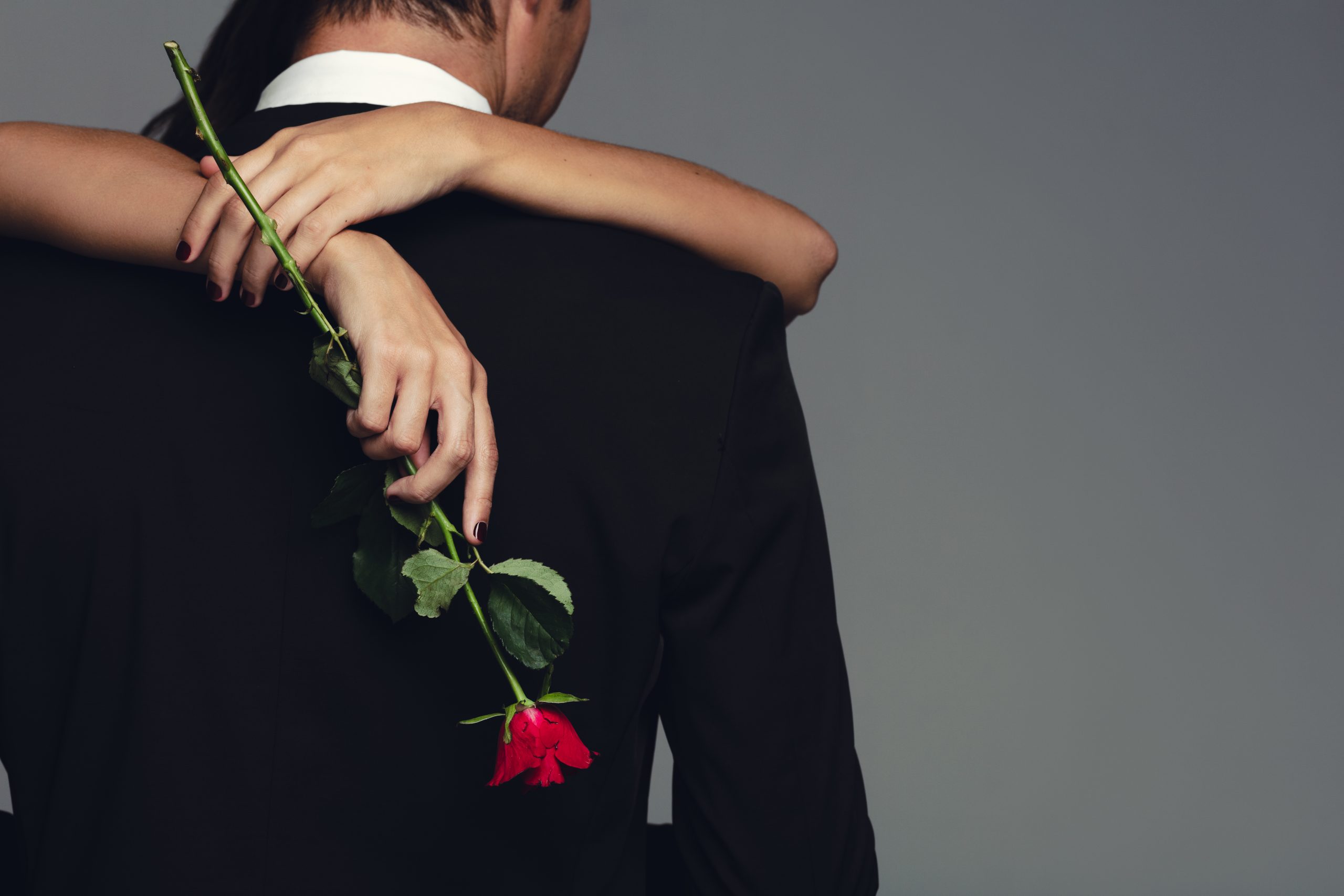 So when trying to figure out just why I was getting such bad vibes from this season (more than usual), I tapped into my couples therapy expertise. There are a few core components that I believe make a relationship strong and healthy, I call them the Three C’s. Connection, Communication, and Conflict Resolution. I have found through my practice that when a couple makes these areas a priority they tend to thrive. But when the couple neglects them, the outcome can be destructive…Let’s just say this season’s relationships aren’t quite up to par with the Three C’s.

Let’s look at some specifics on why this season of the Bachelor is demonstrating such toxic relationship habits (aside from the obvious atypical setting that is this amusing show):

Emotional, physical, sexual, and romantic connection are all important factors to a healthy relationship. These types of connections are built through quality time, sharing experiences together, meaningful conversations, and more. One thing The Bachelor has always done right? Lavish dates! The show spares no expense when taking the contestants and their beloved bachelor to exotic destinations, providing fancy dates, and allowing for luxurious experiences. This season was no different. However, what usually comes with the lavish dates is the romance. It’s hard not to be romantic on a candlelit dinner alongside an Australian beach, yet the romance was still nowhere to be found. WHERE IS IT? Almost every relationship this season has been bone dry in the romance department, showing minimal moments of actual connection to build these relationships on as the season progressed.

In therapy, I often tell my clients how important it is to work on the connection and strengthen their emotional ties with one another. It will be important when the couple is inevitably faced with any complexities later in their relationship. Aside from some forced conversations about family and “what do you want in a husband?”, this season of The Bachelor is really lacking in the area that makes us fans keep watching. How are these relationships supposed to be ready for a marriage commitment and sharing a life together without any foundational connection? The idea that a healthy relationship, or a marriage, can be built without the ability to connect with one another is a dynamic that should not be normalized.

The communication this season was almost painful for me to watch. One contestant in particular, Victoria F., had a shockingly toxic communication pattern with Peter on multiple occasions. There’s a study on communication done by The Gottman’s, I reference them often and practice their work in my own. It’s called The Four Horsemen of the Apocalypse. The four horsemen are criticism, contempt, stonewalling, and defensiveness. They are unhealthy communication patterns that will essentially collapse a relationship if not identified and worked on to be reversed.

Unfortunately, Victoria demonstrated all four of the horseman throughout this season of The Bachelor. On multiple occasions Peter attempted to have conversations with Victoria about why she appeared to be holding back, what she wants out of a marriage, her past relationships, and more. These conversations were not well received and often met with the four horseman, specifically utilizing defensiveness and criticism. At one point, she even went as far as insulting Peter and questioning why he is “always in a mood,” simply for trying to communicate and engage with her about her feelings. She also took to stonewalling (shutting down) to avoid communication altogether.

The most frustrating part of all of this? Peter choosing to stay by her side and supporting this toxic communication cycle over and over, declaring that their relationship had “something special.” By allowing this treatment, was Peter normalizing a very harmful relationship pattern, or essentially unhealthy relationships as a whole?

Every couple has conflict, it’s a part of relationships. What sets healthy couples apart from unhealthy ones is how they RESOLVE conflict. Peter and his women haven’t done the best job at this. Aside from the above example, Victoria and her inability to effectively discuss any heavy topic/potential conflict matter, another contestant, Madison, has also struggled this season with demonstrating healthy conflict resolution skills. One of the worst ways to attempt to solve problems with your partner is with an ultimatum. An ultimatum is just another word for a demand. “If you do this, I’ll do that.” Sound healthy? No. Using ultimatums essentially forces your partner to make a decision. When something is forced, it’s not authentic. A strong relationship is made from authenticity, a freewill to make one’s own decisions and communicate about these choices in a healthy manner.

Madison shared with Peter that she has strong religious beliefs and wants to remain a virgin until married. Respectable, of course. However, Madison first went wrong when she tried to communicate with Peter about her expectations she had for him. Although her intention was to clearly communicate her expectations, she missed the mark. Madison only implied that it would upset her if he was to be intimate with other women on his “fantasy suite dates” (an overnight chance for him to spend with his final 3 contestants) with the 2 other women, stating “actions speak louder than words.”

Later, and AFTER his other two fantasy suite dates, she let him know that if he was intimate with the other women, she would not be able to continue their relationship. Not only was an ultimatum put into place, but she implemented this ultimatum after his decision was already made, essentially giving Peter no time to process, communicate, or reflect on what choice he wants to make for himself. These poor conflict resolution skills led to uncertainty of where their relationship stands and how to move forward. I won’t spoil the ending, but the drama didn’t stop there..

For conflict resolution to be effective, it requires clear, respectful discussion and communication about boundaries, expectations, compromise, and reflective listening skills. Unfortunately, The Bachelor falls short of these essential relationship skills.

Despite all of its shortcomings, I’ll continue to watch, but I also know not to learn from the unhealthy dynamics the show tends to depict. If you, like myself, are an avid Bachelor fan, I encourage you to educate yourself on healthy relationships, learn to spot unhealthy patterns, and simply take the show for what it is, entertainment.

Let me lastly say, if you have not watched last night’s final episode you’re in for a treat. I feel compelled to write an additional 1500 words on that episode alone to further communicate my point…. but I’m not one for spoilers. Enjoy! 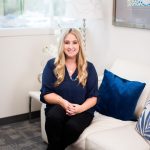 If you and your partner are looking to work on strengthening your use of The Three C’s or simply want to improve your relationship in any way, contact my office at 954-391-5305 ext. 9 or reach out to me today at my website. I look forward to speaking with you 🙂